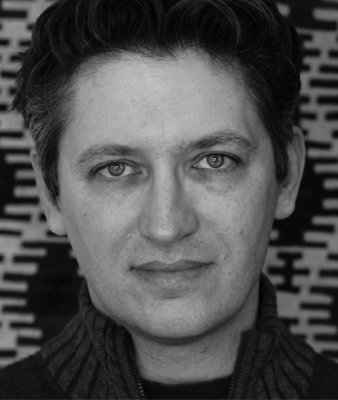 Harbinger: Stories from a Burning Planet

Can profound loss contain within it solace, or even beauty? How might such a dichotomy be reconciled, if at all? As our planet spins precariously closer to climate disasters that cannot be undone, these questions loom large. Like the sentient trees in Richard Powers’ Overstory, or the living rock in Robert McFarlane‘s Underland, I believe there are stories that arise out of loss to reveal heartbreaking beauty, waiting to be heard despite our recklessness, and perhaps even as a response to it.

A mid-career photographer with a works on paper background, I have leveraged three decades of photographic inquiry to inform a drawing practice that engages the photograph and expands its narrative power in new directions.

I have selected recent photographic works to reconstruct as large-scale, photo-charcoal artworks. To begin, a “ghost photo” is printed on uncoated printmaking paper: a 21st century iteration of monochromatic underpainting pioneered by Italian Renaissance artists some 500 years ago.

Willow branches, kiln-fired and transformed through heat and flame into black carbon, are spread out across the surface of a photographic image in an effort to render texture and temperature, to locate solace amidst loss. Thus the materials mirror the concerns of this project: monumental images serving as sentinels for a world on the brink.

Is there, as Robert Adams has suggested, an affirmation to be found in such an endeavor? I don’t yet have an answer. What I do know is that I feel compelled to make these artworks, in an effort to give voice to the stories emerging at the breaking of the Anthropocene.

Hiking in the Rocky Mountains, one cannot help but notice the inherent sparkle of light across rock, refracted and reflected by millions of metallic shards found embedded in the granite slabs of glacial cirques. These shards are the mineral known as mica. Not a precious metal, mica is ubiquitous throughout the Rocky Mountains, making the highcountry shimmer and shine on sunny days.

In recent years, I have become interested in exploring ways in which to bring the physicality of the landscapes I explore more fully into the photographs I create from these

experiences. Because mica is pliable – it flakes into thin, translucent sheets – I discovered it was possible to manipulate the mineral into a variety of processed forms. I collect small quantities of mica on my hikes and climbs, to take back to the studio. Grinding the mica into a powder, I then brush and sift the mineral over the surface of a photograph. When I get this overlayed “drawing” where I want it, a series of varnishes are applied to seal the mica onto the paper’s surface.

The resulting artwork is, literally and metaphorically, a reflection of the physical landscape embodied in the image. And just like the landscape itself, where time of day and angle of light can either illuminate the mica or keep it hidden, so too do the resulting images reflect or keep hidden the jewel-like shards spread across their surfaces. Put another way, every given photograph has the landscape it represents physically present as an embedded part of the image: mica, the metallic dream-dust of the Mountain West.

A Fulbright Fellow in Jerusalem at the turn of the millennium, Andrew Beckham found his voice through the lens of cosmology, aspiring to provide a poetic response to ontological concerns. Beckham’s work is represented in museum collections nationally, including the MacArthur Foundation, Denver Art Museum, Portland Art Museum, Taylor Art Museum at Colorado College, Fralin Museum of Art at UVA, Joslyn Art Museum, and the Phoenix Art Museum’s InFocus Foundation, among others.

Mr. Beckham’s first book, The Lost Christmas Gift (Princeton Architectural Press) was released to wide critical acclaim, and is now in its second printing. His second book, Firmament (GFT Publishing) was awarded the 2014 Pictorial Book of the Year from the Colorado Humanities Center for the Book.

In the summer of 2018, three of Mr. Beckham’s photographs were featured in New Territory: Landscape Photography Today, an international survey of contemporary works at the Denver Art Museum. More recently, Mr. Beckham’s first short film, A Rent in the Veil, has been widely screened at film festivals across the United States and Europe, at venues including the Venice Institute for Contemporary Art and the Los Angles International Short Film festival.

Mr. Beckham is the Visual Arts Department Chair at St. Mary’s Academy in Englewood, Colorado. He holds an MA in Aesthetic Theory from Prescott College and a BFA in printmaking and photography from the Pacific Northwest College of Art.

2014 Pictorial Book of the Year awarded to Firmament, Colorado Humanities Center for the Book.

The Art of the State, by invitation, Arvada Center for the Arts and Humanities, Winter 2019, Arvada, Colorado.